Cricket is One of the Best Sports, and There is Now a Birchfield Cricket Club

We started off as an athletics club that specialises in running, but we have always wanted to add to that because we know that the people of Birchfield and the surrounding areas such as Aston, Perry Barr, and Handsworth Wood love a variety of sports. We know that not everyone loves running, so we want to have a variety of other sporting events on offer so that we can be more inclusive. Thus, we are happy to be able to tell you that we now offer cricket. 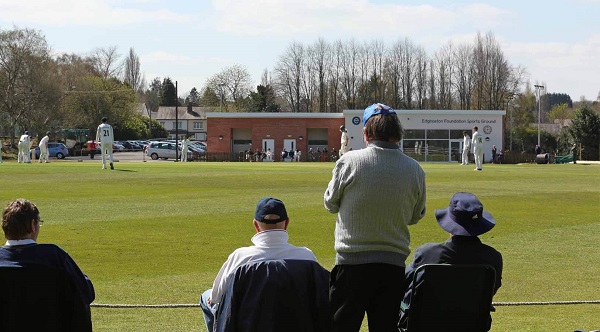 Anyone who has ever been to Birmingham will know just how much of a multicultural city it is. The people of Birmingham are really proud of our multiculturalism and, for the most part, people from different cultures get on well together. We have a large percentage of Pakistani and Indian migrants living in the city, and if there is one thing that Indians and Pakistanis really love to watch and play, it is cricket. As a result, there is a rich cricket heritage in Birchfield, and if you take a walk through the town on a lovely Saturday morning, you are bound to find people enjoying cricket in the parks.

Cricket in Birchfield: Our Club and Cricket Team

The Birchfield Cricket Club might not be the biggest or most beautiful cricket club in the whole of England, but the people of Birchfield have become very proud of it. We have very good playing and practice facilities, and absolutely anyone is welcome to sign up with the club, no matter what your age or gender is. At the end of the day, we have one main aim at Birchfield Cricket Club, and that is to help everyone who loves this great sport become the best cricketer they can.

We have a number of teams that wannabe cricketers can join. There is a Sunday team, two Saturday teams, three mid-week teams, and a women’s team. For the youngsters, we have junior teams for both boys and girls at U11s, U13s, Under 16s and Under 18s level. All these teams compete in various competitions throughout the year, both local and national, which is great as it means you will get plenty of experience in competitive matches. Additionally, there are often scouts at some of the tournaments that we attend, so if you play well, you might find yourself speaking to a scout for a bigger team.

All the cricket coaches at our club are volunteers and they have a passion for teaching the ins and outs of this fantastic sport. They truly believe in fair play and integrity and will not tolerate those who do not want to play within the spirit of the game. We will regularly hold social events to make sure that we all remain as one big happy community.

Types of Cricket Played at Our Club

Cricket fans will know that there are three different formats of the sport, and you will be happy to hear that we offer all three at our cricket club. For those who might be new to cricket, the three formats are ODI cricket, Test cricket, and T20 cricket. Above we mentioned that we take part in various competitions throughout the year, and these are a variety of Test, T20, and ODI competitions.

Cricket fans are often quite shocked to find out that we have a famous cricketer, by the name of Henry Pallet, who played for England in 1886. Okay, it was an England XI side so was not classed as an official Test match since it was not the real national cricket team, but he still got to play against a very good Australian team that was captained by none other than W. G. Grace, which would have been a great experience. He did not make much of an impact in this match, but he could still at least say that he had played for an England team against their fiercest rivals.

Pallett was a right-arm slow bowler who could bat a bit due to the fact that early on in his cricket career he batted higher up the order. He played mostly for Warwickshire, with a short stint at Staffordshire, and during his First-Class cricket career he played 77 matches where he collected 305 wickets and had an impressive bowling average of 21.57. At the time, he was Warwickshire’s best bowler.

Who knows, if you come to our cricket club and put in the time and effort to improve your cricketing skills, whether that is with the ball or with the bat, you might one day find yourself following in Pallet’s shoes and pulling on an England shirt. If you do and your find yourself facing the Australians, be sure to sledge David Warner if he is playing since he is not liked in these parts ever since he decided to punch Joe Root in the face in a bar in Birmingham.

If you do ever get to pull on an England shirt, we should warn you that we like to bet on cricket online and especially like to bet on England and make cricket predictions, so we will be putting a bet on you to get Player of the Match and help England win. We are only joking, but you better not let us down, the whole of Birchfield will be rooting for you!

When it comes to ICC Cricket events in England, the Vitality Blast is one of the most popular. The Vitality T20 Blast is a T20 tournament that sees 18 teams split into two groups of nine, with the top four teams from each group making it through to the quarter-finals. The four winners then qualify for Finals Day, which is played at the Edgbaston Stadium in Birmingham.

Since that is pretty close to us, each year we do our best to organise a trip to Edgbaston on Finals Day so that our members can enjoy some quality cricket from some of the best players in the country. It is a day out that we all very much look forward to.

In addition to this, we also do our best to arrange one or two trips a year to watch the England national team play. For example, we were lucky enough to be at Lord’s during the final of the 2019 World Cup to see England lift the trophy for the first time. That was a day out that not many of us will forget in a hurry.